Recent climate reports show that we urgently need to step up our efforts to mitigate climate change. We are already seeing the consequences of climate change everywhere and we will experience further and concurrent changes that increase with every additional beat of warming. Climate protection is everyone’s business and all sectors need to take concrete steps towards it.

The sport sector can hardly avoid the climate issue any longer. At a football match, the CO2 emissions for each individual spectator amount to an average of eleven kilograms. Although clubs are increasingly addressing the issue of climate protection, there is still a lack of concrete and binding targets.

VfL Wolfsburg is one of the first professional European football clubs to publicly commit to systematically reducing their carbon emissions. This makes “The Wolves” pioneers in the field of climate protection in professional football. We at FORLIANCE calculate and analyze VfL Wolfsburg’s carbon footprint. On this basis, we developed the football club’s science-based emission reduction targets.

We asked Anja Melo – CSR and climate manager of VfL Wolfsburg – about the motivations, the climate strategy and climate goals of the football club.

FORLIANCE: Why did VfL Wolfsburg decide to measure their carbon footprint?

Anja Melo (VfL Wolfsburg’s CSR and climate manager): “We were the first Bundesliga club to evaluate and analyse its CO2 emissions in 2011. At the time environmental commitment was one of our corporate responsibility targets. But our approach wasn’t yet strategic. The purpose of developing a carbon footprint was mainly to get an overview of our emissions and a clear understanding of our emission hotspots. Main drivers of our decision to measure the football clubs carbon footprint was to reduce our environmental and climate impact as well as to reduce costs.

With FORLIANCE we found a great partner to advise us in climate and sustainability matters. We value the close exchange and the concrete and transparent analysis.”

“Mega Events such as soccer games have a high environmental impact. For reducing this impact, we at VfL Wolfsburg decided to measure ourcarbon footprint regularly. Shortly after we measured our carbon footprint in 2011, the club switched entirely to green power. We also employed energy efficient building methods for new buildings or extended the share of electric vehicles within our fleet at the beginning of our engagement.  We have always had small campaigns with which we have promoted climate-conscious behaviour, like for example our bike-campaign day. We called out the spectators to come by bike to the match day. Up to now, we have had the greatest reduction impact through switching to green electricity. Now we are working on our measures in a more strategic manner.”

How does your long-term climate protection goals look like?

“Since 2019, we have been involved in UNFCCC’s Sports for Climate Action initiative. Shortly after, we became the first professional football club of the European top leagues to officially support the UN’s Race To Zero campaign, setting ourselves the goal of becoming net-zero by 2025 with a reduction path of 6,45 per cent annually. By 2030, this will result in a reduction of 55 per cent compared to the reference year 2017/2018. The reduction path follows the methodology of the Science Based Targets Initiative and covers all three Greenhouse Gas protocol (GHG) scopes and does not include offsets.”

Which emission reduction measures were quick and uncomplicated to implement?

“Changing to green electricity was an impactful and rather easy way of cutting our emissions. At the same time, we want to actively promote green electricity. An important step for us in this direction is the implementation of a photovoltaic system, which is planned for 2022. With this technology we will be able to cover one-third of our own consumption.
A further rather uncomplicated measure that we are currently working on, is the temporary conversion of the district heating from coal to gas. We plan on switching to BioMethane in the long term.
During the pandemic we have learned that remote work is possible and that it is an easy way of reducing emissions from transport.”

“Our direct emissions from company-owned and controlled resources, also known as scope 1 emissions, are considerably low. VfL Wolfsburg’s scope 2 emissions, meaning all indirect emissions from the generation of purchased energy, used to be one of the hotspots. Since we implemented green power, we managed to reduce the emissions caused by electricity to zero. Still the largest greenhouse gas emissions occur in the supply chain, which is the scope 3 area. Our fans make up 60% of all emissions we emit. Transportation to away matches is a major emission factor.”

What are concrete steps to reduce VfL Wolfsburg’s scope 3 emissions?

“The upcoming changes that will make transport policies more climate friendly will be an essential factor in reducing our scope 3 emissions. In perspective, in the “car city” of Wolfsburg a lot of fans will switch faster to electric cars than anywhere else. With our fans driving to the games in electric vehicles, emissions will be drastically reduced. Nonetheless, we are not only in a waiting position. We are expanding the charging station infrastructure at our parking slots at the stadium and are also developing new measures in terms of new mobility (sharing concepts, micro-mobility, etc.)

A further indirect emission in our value chain is the catering. With our ambitious goal of becoming net-zero by 2025, we are also Encouraging our suppliers to increase regional sourcing.”

How did you communicate your carbon footprint and reduction measures internally and externally?

“Every four years we publish a sustainability report, where we communicate VfL Wolfsburg’s carbon footprint and our sustainability goals. A progress report is published every two years. Since we set the net-zero target for 2025, we changed to annual reportings, and communicate our successes also via our homepage. Since season 2021/22 we also published a “Race to Zero clock” that is visible for TV viewers and spectators in the public area. It also reminds us to take action until 2025. Internally, we hold staff meetings once a year to discuss our goals and progress. Through our intern network the departments highlight the milestones that have been achieved. On “Earth Day” last April our staff got time to deal with the topic also one hour for climate protection, our “project1hour”. Within an hour we did awareness raising questions around the company carbon footprint and also the personal carbon footprint of each one.”

What feedback did VfL Wolfsburg get on deciding to take concrete steps towards climate action?

“The feedback we get is absolutely positive. Many partners and companies even reach out to us, wanting to join our Race to Zero. As a consequence, we created a new sponsorship program focussing on sustainability and climate change. The 2025 net-zero goal is quite an ambitious one and we will need the support of partners and fans to reach it. We think determined and ambitious goals go well with sports and are part of football. Because reaching this goal is a rather medium-term endeavour and a challenging task, this has a motivating effect on the team and gives us a common goal we are working towards together.”

What are the biggest challenges of implementing climate action into professional football?

“It is challenging to reduce emissions in our core business football. During a cold winter the increase in energy consumption rises noticeably because of for e.g., the lawn heating.

80% of the emissions lie in the supply chain. Management and team travels are also part of scope 3. Organizationally it is often difficult to make business travel climate friendly and reducing emissions is more challenging. Our teams need to travel to the different competitions nationally and internationally; in this case, we offset the remaining carbon emissions. There are always some conflicting goals within a company.  Furthermore, Fans’ transport to live events are also a major factor. Avoiding emissions is easier in areas we have a direct influence on.”

What further aspects should professional football consider in regards to climate change?

“Climate change is happening and the global temperature will rise. In addition to mitigation measures, we also have to consider how to adapt to climate change. In the next few years, climate adaptation will become more concrete for us. This is also very exciting for other soccer clubs.”

Fighting climate change requires a comprehensive set of actions. We support you in developing your climate strategy. Contact us! 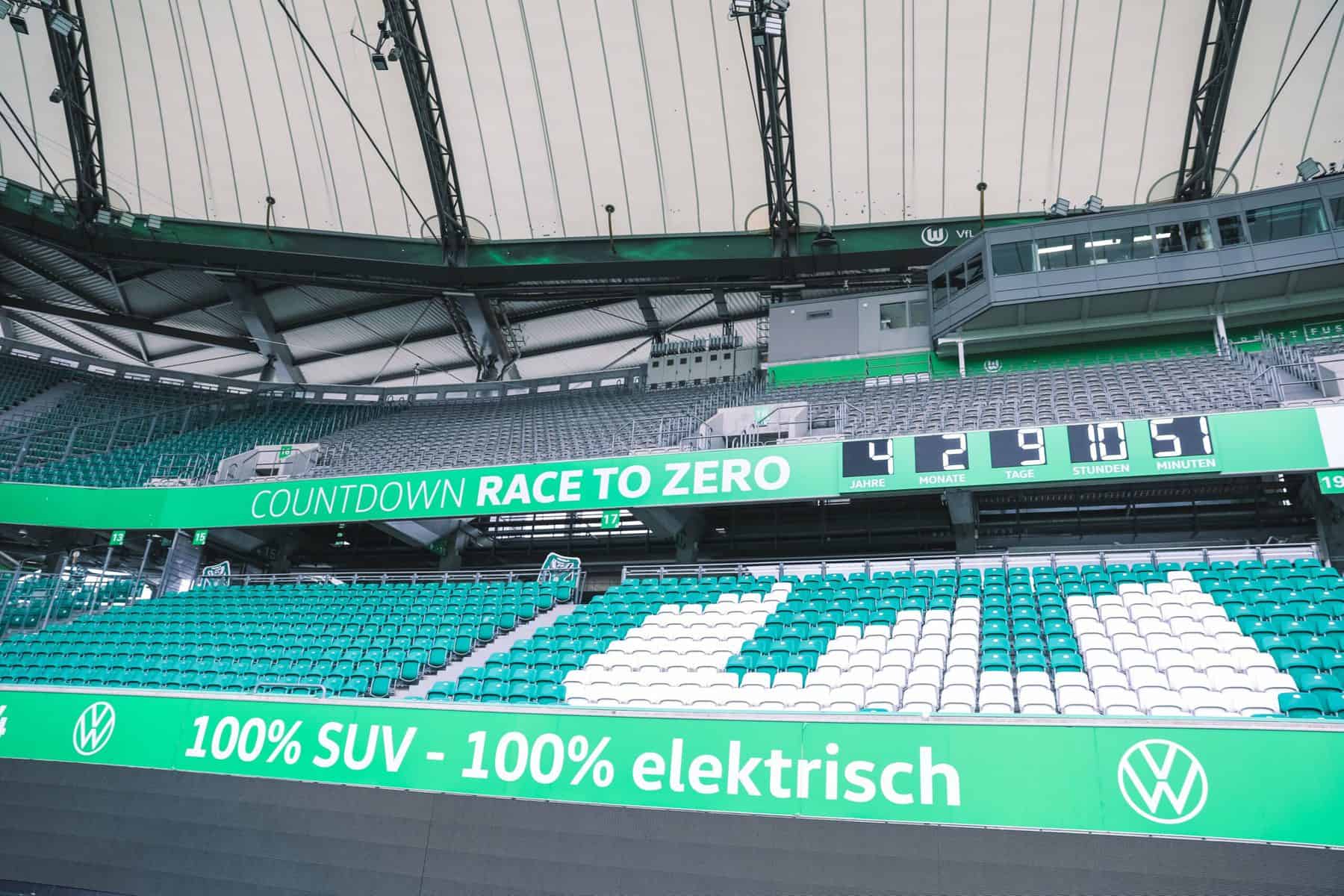 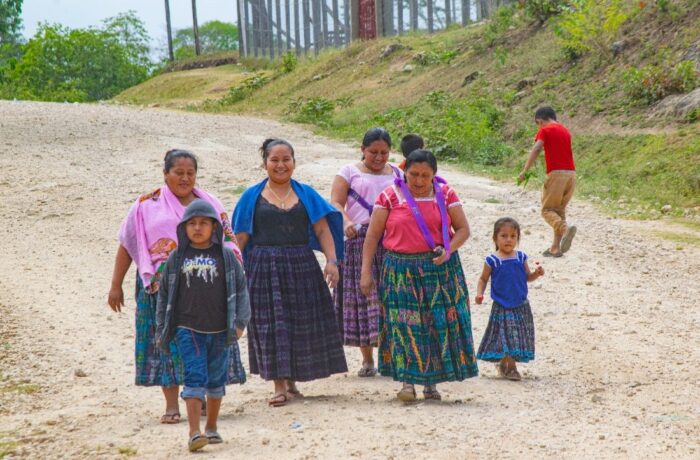 FORLIANCE is developing a community-based forestry project. Together with our partner AlaBoOL, we are working on improving the forest management in the Yucatan peninsula and …